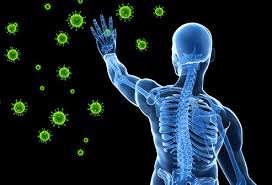 The study looked at human T cells in the laboratory, and found that vitamin D was part of a complex process in which T cells become 'primed' and help to fight infection. While these findings suggest that people with vitamin D deficiency are more susceptible to infection or that vitamin D supplements might boost immunity, such theories need to be tested further before drawing any firm conclusions.

It is important to have enough vitamin D to maintain a healthy body. Vitamin D forms in our skin in response to sunlight. However, care should be taken to avoid burning or over-exposure. Vitamin D is also found in foods such as oily fish, eggs, fortified margarines, some breakfast cereals and vitamin supplements.

Where did the story come from?

Dr Marina Rode von Essen and colleagues from the University of Copenhagen and Bispebjerg Hospital in Denmark carried out this research. The study was funded by the Danish Medical Research Council, the Lundbeck Foundation, the Novo Nordisk Foundation, the King Christian the 10th Foundation and the A.P. Møller Foundation for the Advancement of Medical Sciences. Some of the chemicals used in the study were provided by the manufacturer Bayer Schering Pharma AG. The paper was published in the peer-reviewed scientific journal Nature Immunology.

The study was reported in The Daily Telegraph, Daily Mail, and Metro . The newspapers give reasonable coverage of this complex research. Metro includes the study’s sensible warning that sunburn should be avoided.

What kind of research was this?

This laboratory research investigated what happens to human T cells when they respond to foreign molecules (called antigens). T cells are immune-system cells that recognise antigens (for example molecules on the surfaces of viruses) and kill infected cells. In particular, the researchers looked at the 'priming' of the T cells, a process by which T cells prepare to respond to antigens. When exposed to an antigen, primed T cells are able to multiply in number faster and produce more chemicals to help promote further immune response than naive T cells. They looked at the role of a protein called phospholipase C, which is involved in sending signals within cells. They also looked at how vitamin D and the vitamin D receptor are involved in this process.

This type of laboratory study helps researchers to unravel the complex events that occur in individual cells in the immune system. A better understanding of how the immune system works could suggest ways of boosting immune responses. In this case, if vitamin D was found to play a role in the immune system, this would suggest that people with vitamin D deficiency might be more susceptible to infection or that vitamin D supplements might boost immunity. Such theories would have to be tested in human research before any firm conclusions could be drawn.

What did the research involve?

The researchers took 'naive' (unprimed by exposure to antigens) human T cells from freshly drawn blood and grew them in the laboratory. They grew some in solutions containing immune system molecules: conditions that 'primed' them for activation.

The characteristics and behaviour of the 'primed' T cells were then compared with the 'naive' T cells. This included the cells’ response to being 'restimulated' through re-exposure to the immune system molecules that originally primed their activation.

What were the basic results?

They also found that naive T cells did not produce the vitamin D receptors, and that these receptors were only produced when the T cells were primed.

How did the researchers interpret the results?

The researchers conclude that T cells produce vitamin D receptors when they are primed to respond to antigens. Vitamin D then acts via the receptor to stimulate production of phospholipase C-γ1. These changes are necessary for the T cells to be activated.

This research indicates that vitamin D is involved in the activation of the T cells of the immune system. It is important to note that this is a laboratory study, and it is useful in helping researchers to understand what happens in specific immune system cells when exposed to foreign entities such as bacteria or viruses. It does not tell us how variations in vitamin D levels might affect people’s susceptibility to infection, or what the ideal level of vitamin D is for supporting immune system responses to infection.

Other studies will no doubt look into these questions. However, as with other vitamins, it is clearly important to have sufficient vitamin D to maintain a healthy body. Vitamin D forms in our skin in response to sunlight, but care should still be taken to avoid burning or over-exposure. Vitamin D is also found in foods such as oily fish, eggs, fortified margarines, some breakfast cereals and vitamin supplements.