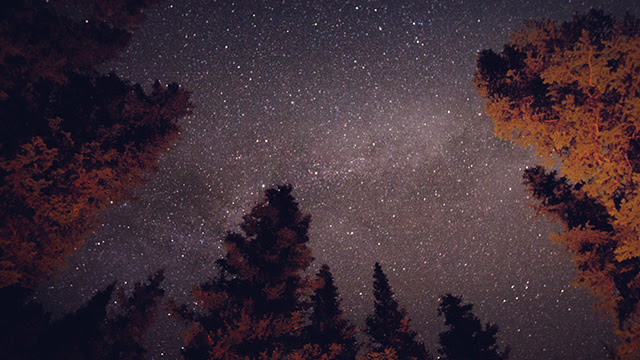 Everything God creates reveals something about Him

Written by Don Olson on 26/02/2019
Series: Weekly Devotional
Tags: Creation, Science, Bible, Joy, Wonder
For since the creation of the world God’s invisible qualities – his eternal power and divine nature – have been clearly seen, being understood from what has been made, so that men are without excuse.

Romans 1:20
God delights in His creation and in revealing Himself in and through it. Everything God creates reveals something about Him. That is why He told us about His creation in more than 200 verses and passages throughout the Bible.

“For since the creation of the world God’s invisible qualities – his eternal power and divine nature – have been clearly seen, being understood from what has been made, so that men are without excuse.” (Romans 1:20)

In this verse, Paul is saying that we only have to look around at nature to see that an almighty God — a supreme creator — exists.

Creation is a source of joy
From the Bible’s first verse (Genesis 1:1), God reveals Himself as the creator of everything. In other passages in the Old Testament, He tells us to look at creation: the diligence of the ant, the power of yeast, the beauty of the lilies.

In the book of Job, when God finally broke His long silence, He used four chapters to point Job to details in His creation.

In the New Testament, Jesus, in whom all things were created (Colossians 1:16), encouraged people to look at nature – the birds, the fig tree, the fields.

God is the ultimate source of joy, and we who are created in His image also experience joy. God wants us also to experience joy from His creation. We see evidence of this in Job 38, where God pauses while telling Job about His creation and says that when the angels saw His creation, they shouted with joy:

“Where were you when I laid the foundation of the earth? … when the morning stars sang together and all the sons of God shouted for joy?” (Job 38:4-7)

As mysteries are revealed, they increase our appreciation of God’s handiwork
The nature that we can see around us with the naked eye is the visible universe. While the visible universe is incredibly magnificent, there is far, far more beyond. Speaking about Jesus, Paul says that, “…by him all things were created, in heaven and on earth, visible and invisible…” (Colossians 1:16) What we can see with our eyes, or even with all five of our senses, is only the beginning. The vast majority of God’s creation is invisible to our eyes.

A good example comparing the visible to the invisible are the stars in the sky. On a clear, dark night, the human eyes can see around 6,000 stars. Modern telescopes can see trillions.

What is exciting in today’s world is that the tools of modern science, such as the telescope, have given us powerful new eyes with which we can peer deep into God’s creation. We can see so much, from the mighty cosmos to the tiny living cell, and see the wonders of His handiwork. Like no other time in history, science has unveiled many of the mysteries of the universe. What a gift from God! For more information on these wonders revealed by science, check out www.reasons.org.

Pray this week:
Blessed are You, O Lord, the true and awesome God Almighty who created all things.

We thank you, Lord, for the gift of science and scientific tools which allow us to peer deep into Your creation so that we may gain a fuller knowledge of You and Your plan for us. What we learn about You with our minds we can rejoice about in our hearts. We thank you, in Jesus’ name. Amen.

Do you have questions about the Bible’s relationship to science? Write us to connect to someone who can help you. 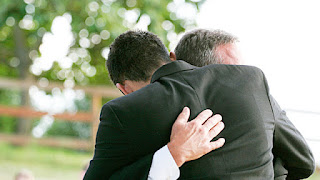 Forgive Others as God Has Forgiven You

“A man loaned money to two people—500 pieces of silver to one and 50 pieces to the other. But neither of them could repay him, so he kindly forgave them both, canceling their debts. Who do you suppose loved him more after that?” Luke 7:41-42 (NLT)

Once Jesus shared a meal with a very judgmental person. He used this story to show that a person who understands their debt and receives forgiveness will have great love for the one who forgives. Being judgmental and unforgiving shows that you have little regard for God’s forgiveness.

Jesus tells a story about a man who loaned money to two people and then cancels both debts. (Luke 7:41-42) One person owed more money than the other, so Jesus asked “Who do you suppose loved him more after that?” Simon answers, “the one who had the bigger debt forgiven,” and Jesus agrees (Luke 7:43).

Jesus said, “a person who is forgiven little shows only little love” (Luke 7:47). That shouldn’t sound like you or me. We should think of ourselves as the first person in the story rather than the second. Our debt is sin instead of money. God is perfect, holy and righteous. Any sin against Him deserves punishment, but He canceled our debt. When it’s time to forgive others, remember the huge debt of sin God canceled for you and forgive.

We All Need Forgiveness

Many people don’t think they need forgiveness. They might think, “My sins are small compared to THAT person. I’ve never committed murder or adultery.” But God has a higher standard. Jesus tells us that even being angry with another makes us guilty of murder, and looking lustfully at someone is equivalent to adultery (Matthew 5:21-22; Matthew 5:28).

This shows we all need forgiveness. The Bible goes on to say, “For everyone has sinned; we all fall short of God’s glorious standard” (Romans 3:23). And, “For the wages of sin is death, but the free gift of God is eternal life through Christ Jesus our Lord” (Romans 6:23).

Forgive Others Because Christ Forgave You (Ephesians 4:32)

Jesus died on the cross and forgave us from a debt we could not repay. Are you grateful for His sacrifice? I know I am. When others hurt you and sin, remember that you and I have hurt a perfect God. Instead of God being angry with us, He forgave us. We should treat others the exact same way.

When we forgive others, it is a small picture of God’s forgiveness. We can even make it an opportunity to share the gospel by saying: “Because God has forgiven my sins through Jesus Christ, I am able to forgive you.

Lord, please help me to remember the gift of forgiveness you’ve give me when I need to forgive others. Help me to joyfully forgive others just as you have forgiven me.

Is there someone in your life, whether in the past or present that you should forgive?