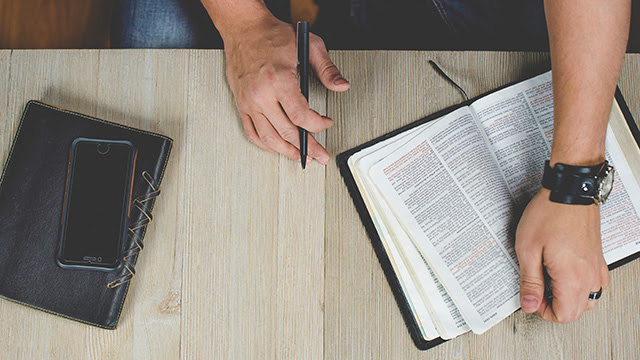 How can studying people in the Bible affect my life?

Now these things happened to them as an example, but they were written down for our instruction, on whom the end of the ages has come.

One of my favorite people in the Bible is Andrew. Who is Andrew? He was one of the first two disciples of Jesus! Most of us only know him as the brother of … well, we will get to that later.

Step 2: Find all references to them in the Bible

In chronological order, the first time we meet Andrew is in John 1:40 when he was still a disciple of John the Baptist. But from Matthew 4:18-19, we also know he was in business with his father and brother, and that they were partners with another father-and-sons family.

In many of the other verses above we simply read that Andrew was one of Jesus’ disciples. But John 1:40-44 again tells us that Andrew and his friend (we know this was John, the one who wrote the Gospel of John), were the first to follow Jesus. Jesus calls them to be His full-time disciples in Matthew 4:18-19. Before this, Andrew had done something very special – when he learned that Jesus, a man he already knew, was the promised Messiah, he ran to tell his brother this good news. His brother was Peter!

Does it seem unfair that Andrew, the first one to believe in Jesus as the Messiah, was not ever asked to write one of the books of the Bible? He wasn’t the great preacher his brother became. In fact, the only other time we read of something Andrew did is in John 6:8-9 when he brought a boy to Jesus, a boy who had something Jesus used to feed a crowd estimated to be at least 15,000 people (the 5,000 is the number of men and does not count the women and children).

Step 4: Identify and apply the lessons to your life

How often do I think only important or big things are valuable to Jesus? Andrew is known only as the one who brought Peter and a little boy to Jesus. Yet, the impact from these two he brought is very great.

Andrew did not share in importance with Peter, James, and John – he was not one of the “inner circle,” those who were closest to Jesus. That, however, did not make him less loved by Jesus.

As you study different people in the Bible, notice the things they did right as well as the things they did poorly. Pay attention to how they reacted to failure as well as to success (we often learn more from our mistakes than from our triumphs). How did they interact with others around them? Be careful not to read your own feelings into the verses. We must understand these people were just as human as we are, and they made mistakes just like we do. The Bible says that the “things that are written” are there to be examples for us (Romans 15:4).

Lord Jesus, help me to be content with the place, the person, the significance of whom You have created me to be.

How satisfied are you with who you are? Talk to someone about it. Move over Google and Facebook, Amazon will dethrone you.

Just as Alibaba and Tencent compete for supremacy in the veritable tech dynasty that is emerging in China, in the U.S. Amazon and Google are increasingly becoming direct competitors.

Nowhere is this going to be more fun to watch than in advertising, smart speakers and the future of how tech companies become implicated in Health Care.

As Amazon ramps up expensive physical store expansion and logistics fulfillment with rising postal costs and higher minimum wages, it needs another “cash-cow” to fund its growth. The low-hanging fruit here is definitely digital Advertising.

Amazon’s trajectory in Advertising is also based on the growth of its Prime subscribers?—?well over 100 million at this point. With more consumers in the funnel comes more traffic and higher value for brands to advertise with Amazon, instead of outdated banner Ads with Google.

Amazon reported $2.5 billion in sales in its “Other” category in Q3, guess what that means? It means brands are moving from Google to Amazon to do their ads. Some advertisers have already opted to move over half of their budgets from Google search to Amazon ads, according to CNBC.

Like Netflix or Tesla, Amazon is a favorite of Wall Street. Its aggressive pursuit of health care, grocery, AI and advertising means Amazon can scale over the next two decades in ways that will make Facebook and perhaps even Google look obsolete. This essentially means as an advertising platform Amazon can only go up.

Alphabet should be terrified even as they are in the smart home and some hardware initiatives, but nothing that can compare with Amazon’s dynamic approach. Alexa’s penetration of the smart home, robotics and consumer products is elevating the game, and few other companies will be able to keep up (outside of China).

EMarketer predicts Amazon will become the third largest digital ad seller in the U.S. by 2020, behind Google and Facebook. This is not news, but it may be the first time you are reading this. Even as Amazon’s stock had one of the worst weeks in recent memory, the bullish Amazon stock is the epitome of Wall Street’s recent tech bubble.

While Alphabet’s Waymo is going to be a big winner, Amazon will likely have several big winners in the decade ahead. The safest bet is digital advertising as formative companies such as Google and Facebook completely warped the internet due to their emphasis on Ads, and this led to a decline of innovation and startups in the U.S. Amazon is the last U.S. company that, in some sense, can compete on a global scale with China.

Amazon, not Google or Walmart, is the perennial “American Company”. I think the 2020s will demonstrate this.

Amazon has just a small sliver of the digital ads market in 2018, but fast forward to 2028, and just look at that chart.

Eventually Amazon Prime Video will be a massive place for digital Ads. And with Netflix’s level of debt and cash burn, it’s doubtful it will even be around in 2030. Facebook and Google have made some poor decisions that have impacted their reputations in 2018. Amazon here has the most to gain. There’s an important catch here: Amazon has demonstrated it is forconsumers, so an Amazon gain is generally a gain for consumers who value convenience, discounts and bundled services that finally have given subscriptions a good rep.

Facebook and Google were never truly on the side of consumers (nor was Microsoft), and that’s a sign of more evolved business models. Amazon’s trust levels are high and increasing the minimum wage and opening new stores should only augment it. The future of advertising is intimately connected with consumer and brand trust, and this is why Amazon as an underdog in advertising can truly disrupt the Ad-duopoly and change the face of advertising as we know it over the course of the next ten years.  https://medium.com/futuresin/amazon-will-become-an-advertising-giant-83809ac3e858

Amazon’s U.S. advertising business will generate $4.6 billion in revenues this year, giving it a 4.1% share of the market. For Amazon, its A-Z game plan?—?to dominate groceries, AI, the smart home, and ultimately advertising?—?is just beginning. Bottom line, if Amazon wins the consumer wins, and that’s the best equation for the global economy.

Jeff Bezos has googly eyes for taking on Google, and the tech wars have gotten quite serious for the future of artificial intelligence.

Already more than 6 million users from around the world have chosen to communicate a modern and convenient instant messenger. Be always in touch with the world! Convenient and modern functionality, unlimited opportunities for communication, financial transactions, exclusive tools for business and income. Choose the best, as it has already been done by millions of users worldwide!  https://bnc.lt/hZ5g/GkFFlsQurJ

Get this on ur Mobile Phone now, invest and earn Money. Millions of people from around the world have teamed up to create the best mobile application. Welcome to the very first project of creating a messenger of the people! We combined tens of thousands of people from various countries of the world in order to create the best mobile application in the world.After providing your identifying documents and investing, you can become the co-owner of the Company with your information being included into the Shareholder Registry.

We have one of the most competent and professional team of developers. 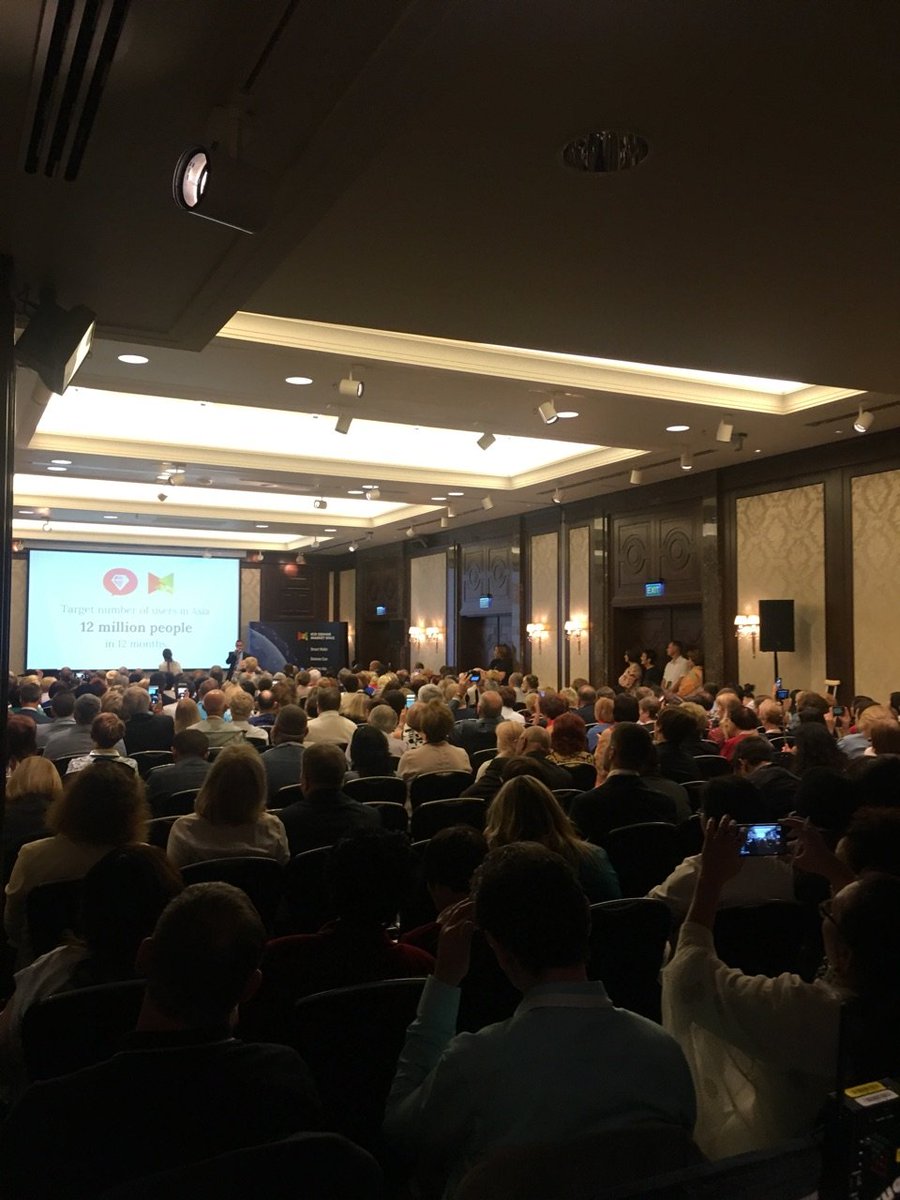 The main competitive advantages of the Market Space platform are as follows:

?Ease of creating and using stores.
?Global advertising support for merchants.
?Convenient cross-border payment system inside the platform.
?Transparency and security through the use of #Blockchain technology .
?Cost-effective transactions through the use of technology Smart Contracts & AI (Artificial Intelligence) automation – smart contracts and process automation using artificial intelligence.
?Export support for merchants.
?Multifunctionality (enhanced trading platform capabilities that allow a seller connected to the platform's ecosystem to use crypto-cashback solutions, pay in tokens / cryptocurrency, provide installments to pay for goods and services to customers as part of a smart contract).
?Availability of a universal cryptophyate financial service (Smart Wallet).
?Socialization (with the possibility of direct communication of customers with each other and the seller).
?Multilingual support.
?High level UI / UX.

A great opportunity to become a co-owner of the Gem4me messenger and receive all types of income + main income after the messenger sale! INSAYT! Do you know that it is in the market of instant messengers and mobile commerce that the greatest profits are created today? Don't miss the CENTURY OF THE CENTURY ! https://bnc.lt/hZ5g/GkFFlsQurJ

The future is today in your smartphone!