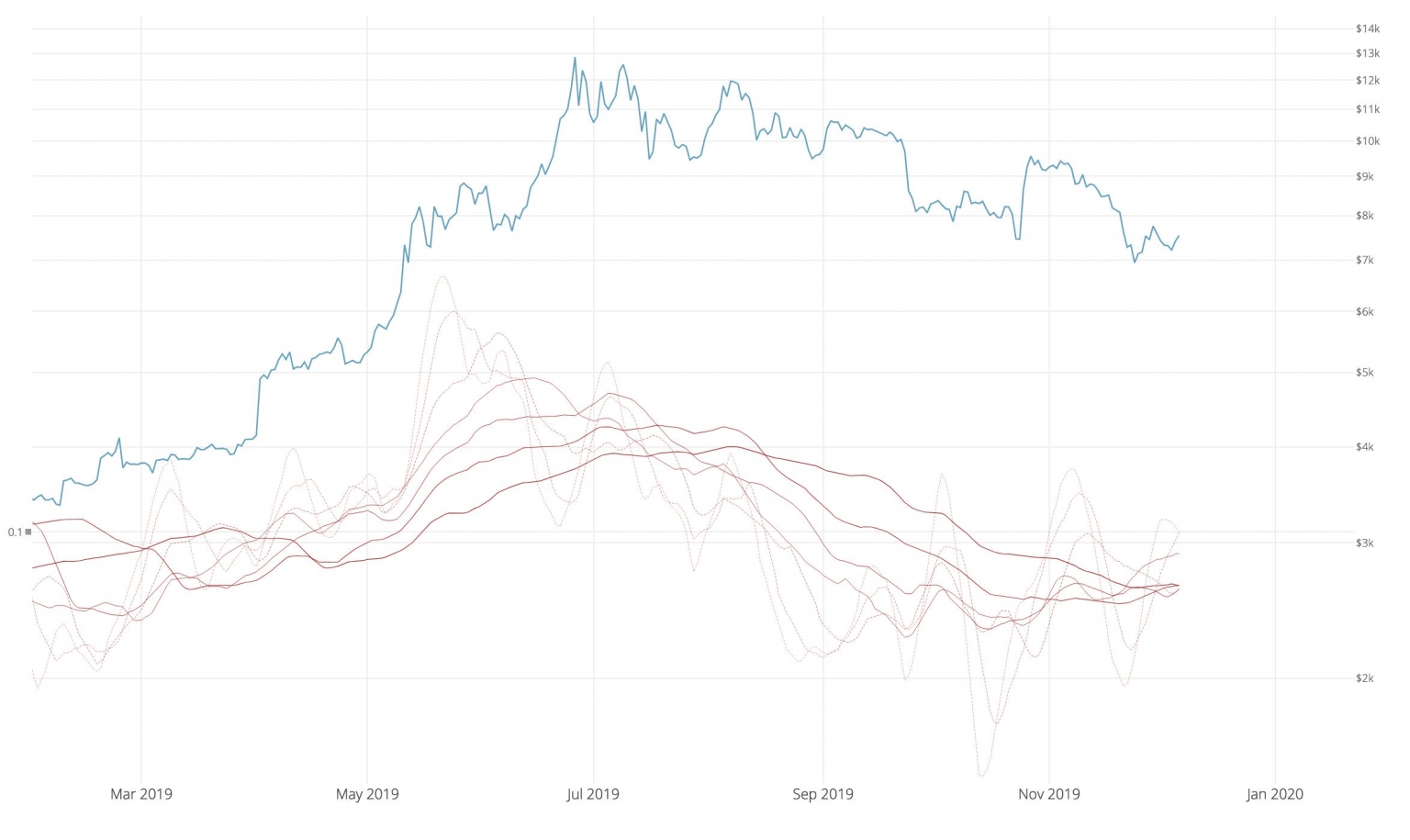 An analyst at the crypto hedge fund Adaptive Capital is releasing a mysterious chart that he says indicates a major Bitcoin bull run is about to begin.

According to Willy Woo, who invented the Network Value to Transactions Ratio (NVT) to measure the dollar value of crypto transactions relative to network value, Bitcoin’s on-chain volume suggests the bottom is in and a long-term rally is about to begin.

“On-chain momentum is crossing into bullish. Prep for halvening front running here on in. Can’t say what this indicator is, as it’s proprietary to @AdaptiveFund , but it tracks investor momentum.

The bottom is mostly likely in, anything lower will be just a wick in the macro view.” The debate on the potential impact of Bitcoin’s upcoming halving (aka halvening) is hitting a fever pitch as 2019 comes to a close.

The halving is set to happen in May of next year, slashing the reward miners receive for each new block of Bitcoin, reducing it from 12.5 BTC to 6.25 BTC.

The event happens every four years on average, slowing the amount of new BTC entering the market as the leading cryptocurrency slowly approaches its hard cap of 21 million coins.

But other analysts, such as Morgan Creek Digital’s Jason A. Williams, say BTC’s next halving is so highly anticipated that it may already be priced in.

The co-founder of mining giant Bitmain, Jihan Wu, says that although he’s a long-term Bitcoin bull, he’s also not convinced the halving will trigger the next rally, reports the Chinese crypto news outlet 8BTC.

“Bitcoin halving may not lead to bull market, but I am positive about the long-term trend of Bitcoin’s price.

There are many uncertainties, but now is a good time to invest in crypto mining. If I were a miner, I would not stop mining and continue to invest in mining equipment. We are currently in a short-term correction of price. Having a long-term perspective is important. If Bitcoin’s price remains unchanged after halving, the efficiency of existing equipment must be improved to balance efficiency and computing power.”