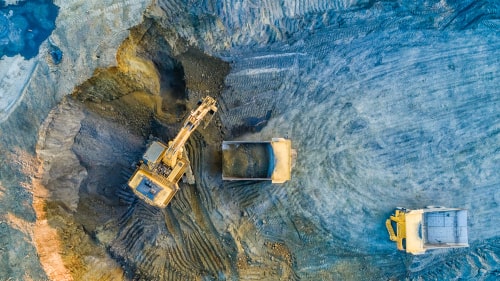 Prior to the coronavirus paralyzing the world, Russia was ramping up its gold production, according to the Union of Gold Producers of Russia.

Russia’s total gold output reached more than 64 metric tons in Q1, which is up 5.11% from the same period last year, the union said.

“The coronavirus pandemic did not impact Russian gold mining companies’ production performance during the first three months of 2020. On the contrary, the results of the first quarter (Q1) maintained the trend of 2019, when Russia reached its record high in gold output,” says the union’s chairman Sergey Kashuba.

After March, however, gold production saw problems due to COVID-19 shutdowns.

“Problems with shift changes and the direct impact of the coronavirus on the health of gold mining workers began to affect production in April and May,” Kashuba noted. “That is why we will be carefully analyzing the results of gold production in the second quarter.”

As of now, the union still expects to see “a slight increase” in gold production in 2020, which would equal to 0.5%-1% rise compared to the record production levels of 2019.

In May ALROSA announced it was cutting production to 28–31 million carats versus its initial guidance of around 34 million carats. Commercial production at its Verkhne-Munskoye deposit was cut. ALROSA already suspended operations at Zarya and Aikhal earlier in the year.

Russian recovery after all the coronavirus-related shutdowns has been sluggish so far, noted ING chief Russia economist Dmitry Dolgin.

“Following the release of the full set of Russian data for May, including estimates of GDP growth, metrics of economic activity by households and corporates, as well as banking statistics, it appears that having passed the low point in April, Russia is now showing some signs of improvement, though at a very modest pace,” Dolgin wrote on Tuesday.

June is also likely to show further economic improvement but the recovery is looking to be slow, the economist added.

“June economic activity should be free from most of the lockdown restrictions and should be better than May, especially on the consumer side. At the same time the corporate activity is likely to remain under pressure of OPEC+ commitments and uncertainties related to medium-term consumer demand expectations. Based on this, the Russian fiscal and monetary authorities may experience calls for further support,” Dolgin said.

By Anna Golubova
For Kitco News