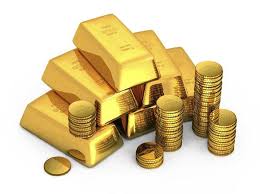 * Dollar rises to highest since Dec. 2

The S&P 500 rose over 1%, while U.S. 10-year Treasury yields rebounded from a near four-month low. The dollar rose to its highest since Dec. 2.

“There seems to be a little bit of a risk-on tone here. The fears of the coronavirus are still lingering in the market, (but) regardless of these fears there is going to a contingent that is willing to bargain hunt,” said Ryan McKay, a commodity strategist at TD Securities.

“The durable goods number was better-than-expected, so that could be increasing the chances that the Federal Reserve would not be dovish in the FOMC meeting and that is weighing on prices.”

In December, overall orders for durable goods rebounded 2.4% against an expected increase of 0.4%.

However, new orders for key U.S.-made capital goods dropped by the most in eight months, while shipments were weak suggesting that business investment contracted further in the fourth quarter.

The Fed’s first policy meeting of the year is scheduled to start later in the day, where it is widely expected to keep the benchmark interest rates unchanged.

Reactions to the spreading virus had been very different across markets and the decline in oil prices suggested a slowdown of economic activity in China.

The death toll from the virus reached 106 in China and some health experts are questioning whether Beijing can contain it.

“We assume that the correction will continue, as the upswing beforehand was exaggerated in our opinion,” Commerzbank analyst said in a note.