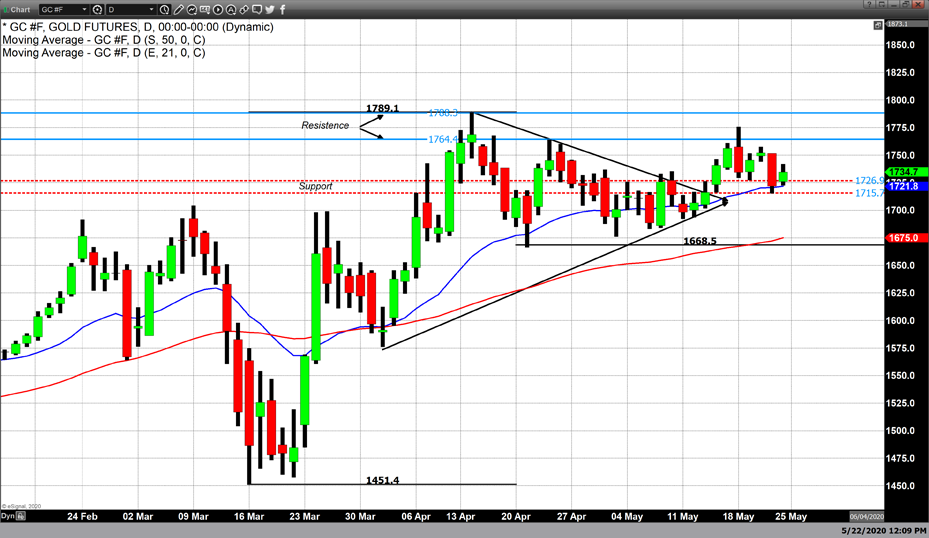 It seems highly probable that North America, as well as globally that new cases of the virus will begin to diminish day by day, week by week. Globally the data suggests that the world has hit the peak of new cases of Covid – 19. To date there has been 5.17 million confirmed cases of individuals contracting the virus, deaths reported 1.99 million individuals that have recovered, and 336,000 souls that have died.

The sad truth is that this pandemic will most likely fester for the next couple of years, there is still much uncertainty as to whether or not we see increases as the world begins to reopen businesses, and restart their economies.

This could last until a coronavirus vaccine is developed. Currently the top infectious disease experts in the United States, including Dr Anthony Fauci, believe it is conceivable that a vaccine might be available as early as December.

The massive expenditures are being made on two fronts, first by the Federal Reserve’s quantitative easing endeavors, and secondly by the U.S. Treasury Department’s responsibility to fund the rescue package which was voted into law on March 27. According to Reuters on May 12 the United States reported a record $738 billion budget deficit in April. The rescue package voted into law will required $2.3 trillion to implement. However, it quickly became apparent that more aid was needed and the estimate of the relief and rescue packages will total approximately $3 trillion.

According to an economic report published in MarketWatch, yesterday the Federal Reserve’s balance sheet has now swelled to the highest level in history, now at $7.09 trillion for the week ending on May 20.

Collectively these massive debts will have to be paid back at some point, and no matter how slowly or quickly they begin to paydown this debt, this process could last far beyond the pandemic and a global return to whatever the new normal will be.

One result that is highly probable from the economic damage caused by these expenditures is the devaluation of the dollar which would cause gold prices to spike dramatically over the next 5 to 10 years.

What – We are still in a Trade War with China?

On top of the current health crisis in pandemic, today news began to surface about heightened tensions between the United States and China. It seems as though market participants and traders are now refocusing on the trade war, resulting in an extremely bullish sentiment for the safe haven asset class, specifically gold.

Collectively the massive increase in expenditures the United States to aid in recovery, and the renewed tensions between the United States and China could ignite gold pricing over the next couple of years. Our technical studies indicate that we could see gold rise as high as $2000 by the end of this year, or by the second quarter of 2021.