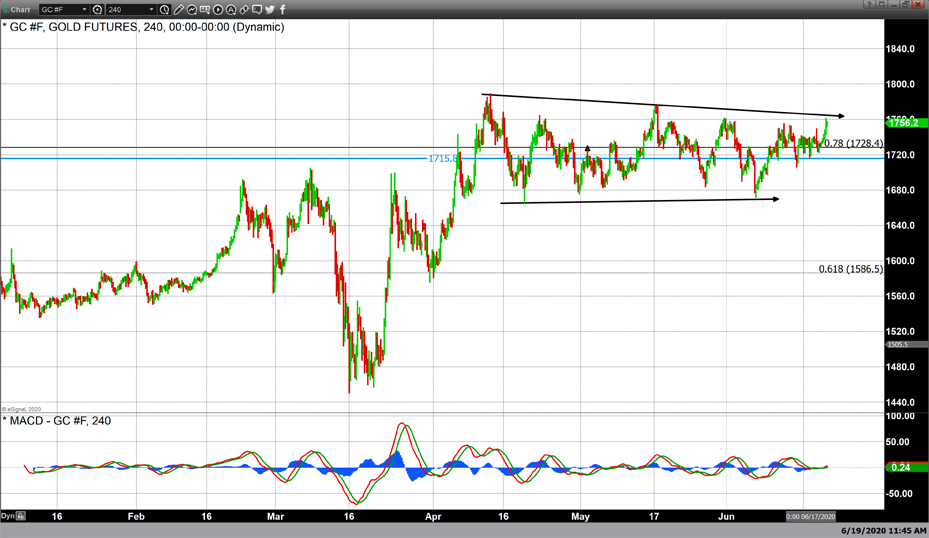 The primary mandate of the Federal Reserve has been to prioritize the goal of maximum employment at the top of the list. Not since the days of the Great Depression has this task been so daunting. Last week an additional 1.5 million Americans filed for unemployment benefits even though there have been signs and sources touting that the economy has been improving.

For the week ending on June 6, the number of Americans receiving unemployment benefits was 20.5 million individuals. That calculated to an unemployment rate of 14.1%. The Fed is on record forecasting that the unemployment rate will go down to 9.3% by the end of 2020. Although that is roughly 1/3 lower than the current rate it is well above the former rate of just 3.5% recorded in February. It is data such as this that has resulted in such a cautionary tone by the Federal Reserve. It is also the primary reason that the Fed is struggling with an uphill battle for the American worker. In a speech today made via videoconference to the local leaders of Youngstown, Ohio, the Fed Chairman said that, “The U.S. economic recovery from the novel coronavirus epidemic is set to be challenging and there will be no quick fix.”

"We will make our way back from this, but it will take time and work … The path ahead is likely to be challenging. Lives and livelihoods have been lost, and uncertainty looms large. "

According to the New York Times, “Earlier this week, in two separate appearances before lawmakers in the U.S. Congress, Powell made plain that the United States faces a long overall recovery despite recent encouraging economic data on job gains and consumer spending.”

St. Louis Federal Reserve bank President, James Bullard said that he “was hopeful the worst of the economic crisis caused by the coronavirus pandemic may have passed in April, but the U.S. economy is not yet in the clear… I definitely don't think we're out of the woods. We're still at a high, high risk level here.”

Add to these genuine concerns about the economic fallout of the pandemic are the increasing tensions between the United States and China. North Korea’s current posturing in regards to South Korea. The skirmish on the Chinese and India border.

It is those types of warnings and geopolitical hotspots that may have a sobering effect, tempering recent gains in US equities. It could also create some very potent factors which could develop into a perfect storm scenario taking gold beyond this year’s current high of $1788 as it trades above $1800 by the end of the year. It might also have provided the needed kick to allow market participants to refocus upon the safe haven assets like gold.