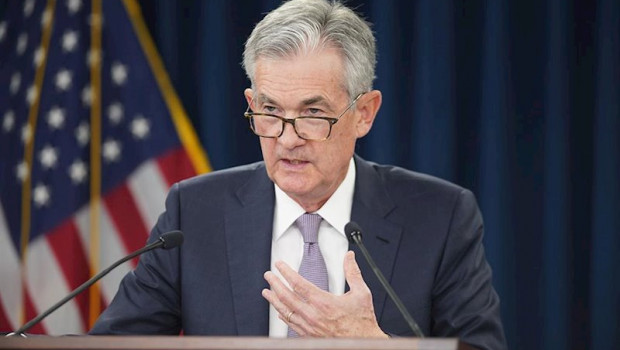 HANDOUT – 18 September 2019, US, Washington: US Federal Reserve (FOMC) chairman Jerome Powell speaks during a press conference. The US Federal Reserve on Wednesday lowered the target range for interest rates by a quarter point – the second cut in just ove

Equity investors should not worry about inflation for the time being despite central banks unleashing monetary policy, JP Morgan said.

The investment bank said it had received questions from clients about a potential surge in inflation caused by extreme stimulus measures from the US Federal Reserve, led by Jay Powell. Such a surge could put an end to strong outperformance by growth and quality stocks.

Mislav Matejka, JP Morgan's head of global and European equity strategy, said he had sympathy with this view but that investors should consider the timing and the sequence of events. In the meantime, technology and defensive shares are winners and gold will perform well during deflation and reflation, he said.

Economies need to work through a deflationary phase before reflation, which is unlikely before the fourth quarter of 2020, Matejka said in a note to clients. A technical rebound in PMI surveys in May or June will fade, he said.

Inflation tends to be a lagging growth indicator, trailing improvements in economic output by about six quarters, JP Morgan said. Given current weak activity inflation could pick up in the second half of 2021, it said.

Tighter bank lending standards also need to start relaxing to make an inflation trade to take hold properly, JP Morgan said. There will be short-term bounces along the way, though.

"These rotations will not be able to sustain as long as bond yields are constrained, oil is directionless, inflation forwards are down, lending standards are tightened, and actual core inflation, as well as wage growth and labour market, remain weak," Matejka wrote