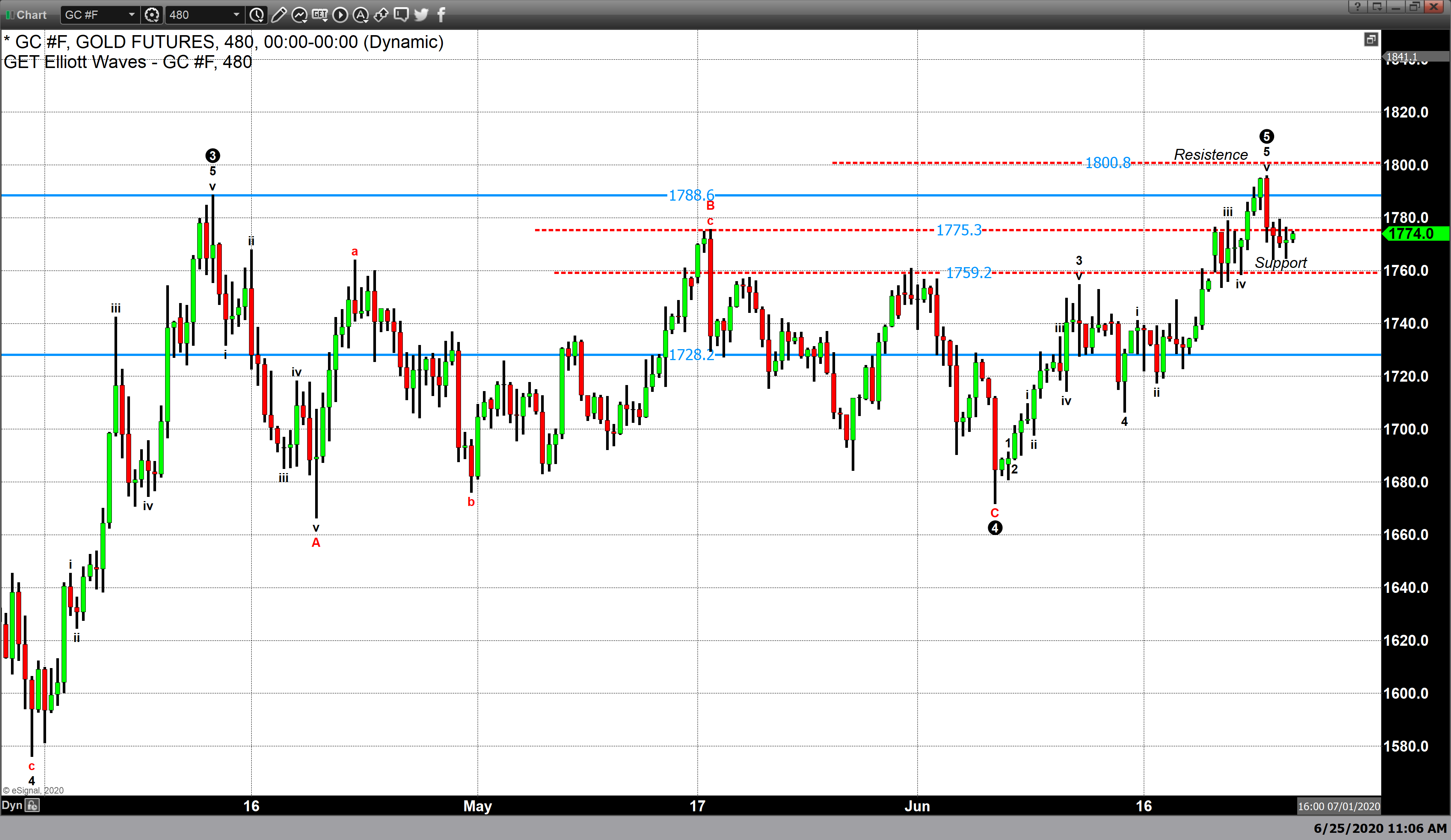 Higher gold prices will continue as long as Covid-19 does

The fundamental factors which have taken gold pricing from $1460 in March, to within four dollars of $1800 per ounce this week are still present, and they continue to be highly supportive of gold prices. First and foremost, and at the root of other fundamental issues is the global Covid – 19 pandemic which is now in its fourth month. In that short period of time the total number of reported cases globally has swelled to 9,649,299, resulting in the loss of 487,800 souls. The U.S. Treasury Department has allocated roughly $3 trillion in aid through the “CARES Act”. The Federal Reserve took interest rates to near zero and simultaneously infused liquidity into the economy through a monetary policy of quantitative easing and added $3 trillion to their balance sheets as they purchased mortgage-backed securities, U.S. treasuries and now corporate bonds. These actions are not isolated as many other central banks including the European Central Bank have implemented extremely accommodative monetary policies.

Also, highly supportive of gold pricing are rising tensions between the United States and China in regards to the trade war. In a letter to lawmakers on June 24, the Pentagon provided a list of 20 “Communist Chinese military companies” operating in the United States.

According to Time magazine Pentagon spokesman Jonathan Hoffman said “As the People’s Republic of China attempts to blur the lines between civil and military sectors, ‘knowing your supplier’ is critical. We envision this list will be a useful tool for the U.S. government, companies, investors, academic institutions, and like-minded partners to conduct due diligence with regard to partnerships with these entities, particularly as the list grows.”