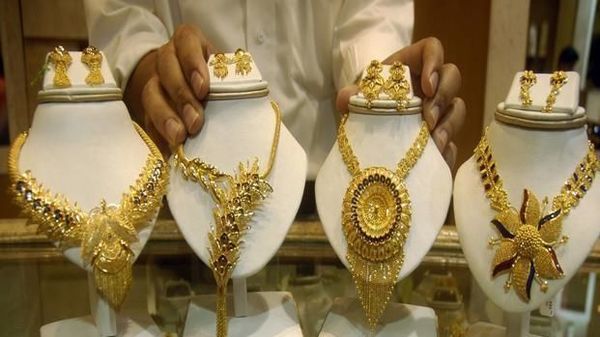 Gold and silver prices rose today in Indian markets, snapping their recent declining streak. On MCX, gold futures rose 0.63% to â¹39,695 per 10 gram, after declining over in the past two days. Silver also followed a similar trend. On MCX, silver futures rose 0.82% to â¹46,278. Gold had surged to record high of â¹41,300 per 10 gram in the previous week and as US-Iran tensions subsided rates in domestic markets came off the highs.

"A week ago Iran-US news caused a pretty significant rally in gold; and now that has subsided." SMC Global said in a note.

Back in India, the government has mandated jewellers to sell only hallmarked jewellery and artefacts made of 14, 18 and 22 carat gold from today. Jewellers have been given one year time to register with the Bureau of Indian Standards (BIS) and implement the mandatory hallmarking of gold jewellery.

Gold prices rose on Wednesday as investors sought safer assets amid uncertainty about the effectiveness of the U.S.-China Phase 1 trade deal after a top U.S. official said tariffs on Chinese goods would stay in place even after the agreement is signed.

Investors remained cautious ahead of US-China Phase 1 trade deal signing later today. Just a day before the world's top two economies prepared to sign a Phase 1 trade deal, US Treasury Secretary Steven Mnuchin said tariffs on Chinese goods will be in place until the completion of a Phase 2 agreement. This uncertainty helped boost the safe-haven appeal of gold. Spot gold, in global markets, rebounded 0.3% to $1,551.38 per ounce.

Analysts say that concerns of trade friction in US-China ties still remain and this will provide support to gold on the lower side. "I struggle to see gold trading below $1,500 for a sustainable period of time, over the next year or so, largely as a result of this trade uncertainty," Reuters quotes a ING analyst as saying.

"Gold fell sharply in last few days as US-Iran toned down threats against each other reducing expectations of a major escalation of tensions in the Middle-east. US-China trade deal optimism also reduced gold’s safe haven allure. Price however stabilized today as market players position for signing of US-China trade deal today. The phase 1 of trade deal is set to be signed today however there is uncertainty about terms of the deal as well as timeline for future talks," Kotak Securities said in a note.