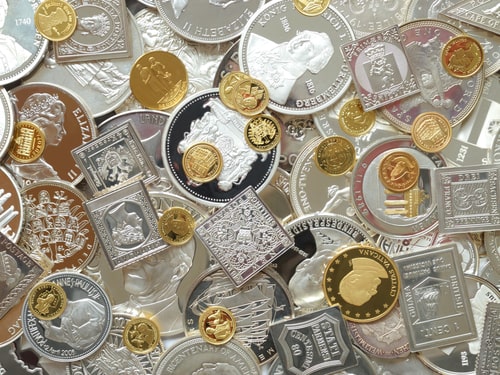 Bullish sentiment in the precious metals space will take gold prices to their all-time highs, according to Citigroup Inc., which views the upward move up as “only a matter of time.”

“Nominal gold prices have already posted fresh records in every other G-10 and major emerging market currency this year,” Citigroup analysts said in a report. “It is only a matter of time for fresh [highs in USD-terms].”

Citi projects gold to reach its all-time highs in the next six-to-nine months, the report stated. On top of that, analysts see a 30% chance that the yellow metal tops $2,000 an ounce in the next three-to-five months.

Rising safe-haven demand will also continue to lift silver prices, analysts added, projecting for the precious metal to rise to $25 within the next six-to-twelve months and even possibly reaching $30 in a bullish scenario.

At the time of writing, September silver was up nearly 7% on the day and trading at $21.540 an ounce.

Tuesday, the market is focused on a potential agreement between the European Union leaders for a massive stimulus package that deals with the coronavirus-related economic fallout. Markets are optimistic that the 750 billion euro ($857.33 billion) recovery fund and its related 1.1 trillion euro 2021-2027 budget will help the EU economy recover after the COVID-19 pandemic.

In the U.S., investors are carefully watching their own stimulus talks. Senate Majority Leader Mitch McConnell, Treasury Secretary Steven Mnuchin and other key players, are scheduled to meet in the White House on Tuesday. Republicans are expected to propose a $1 trillion rescue package, which is much less than the Democrat’s proposal of $3.5 trillion.

By Anna Golubova
For Kitco News