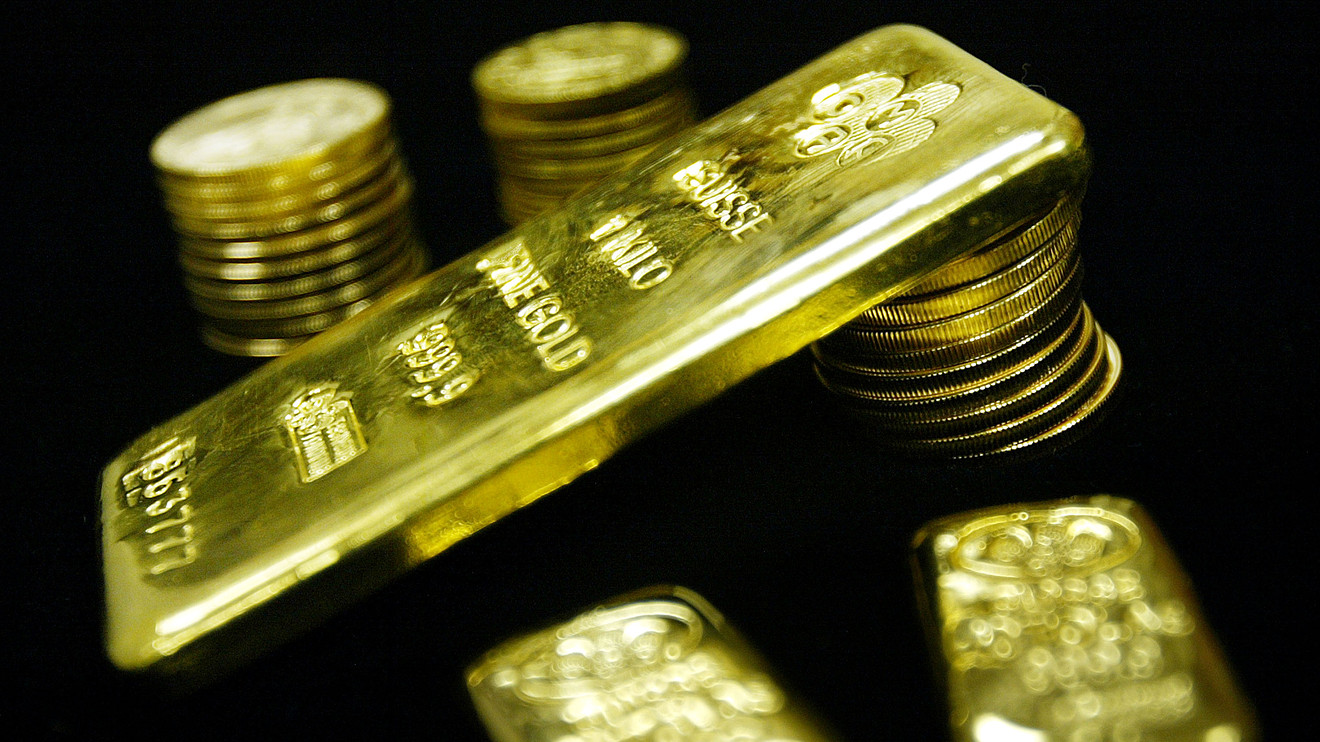 Gold futures ended sharply lower for a fourth straight session on Friday, with a loss of more than 9% for the week—the largest since September 2011. Volatility-shocked investors looked for news on fiscal stimulus packages from governments around the world to help ease the economic pain of the COVID-19 epidemic that has ground some of the world’s business activity to a halt and rocked financial markets.

“It seems that investors have been selling gold in order to cover losses elsewhere,” said Caroline Bain, chief commodities economist at Capital Economics, in a Friday research note. “Ample liquidity in the gold market means that the sale of gold holdings is a relatively quick and seamless way to raise cash in times of need.”

The United States Mint said Thursday that it has temporarily sold out of American Silver Eagle bullion coins. “Our rate of sale in just the first part of March exceeds 300% of what was sold last month,” the Mint said. Sales of the one-ounce American Silver Eagle coins were at 2.32 million so far this month, as of Thursday, compared with sales of 650,000 in the month of February, according to data from the Mint.

“It’s a double whammy of low production…and a sudden spike in demand,” said Dana Samuelson, president of precious-metals dealer American Gold Exchange Inc. “I’m not convinced that buyers are rushing in because the price dropped. This is a fear driven surge in demand.”

House Speaker Nancy Pelosi said she and President Donald Trump were near an agreement on a an aid package to help address the health emergency that is created by the infectious disease that was first identified in Wuhan, China in December and has infected about 128,000 people world-wide. Pelosi said the House will pass a coronavirus bill aimed at helping families.

Gold has declined this week even though markets remain volatile as the metal’s “natural opposition to the U.S. dollar has been restored and for the short term,” said Colin Cieszynski, chief market strategist at SIA Wealth Management Inc.

“The plunge in Treasury yields a few weeks ago, depressed the US dollar and boosted gold, but now that the panic rush into bonds has eased a bit, the US dollar has rebounded against gold and other currencies like the Yen USDJPY, -0.03% and the Euro EURUSD, +0.36%, and gold has dropped back,” he told MarketWatch.

Taking a look at the bigger picture for gold, George Milling-Stanley, chief gold strategist at State Street Global Advisors, said “some investors who were reluctant to part with their equities at depressed prices were able to sell gold in order to meet the margin calls,” prompting the recent declines in the price.

“This is exactly the same as what happened a week and a half ago before the emergency rate cut from the Federal Reserve, and when equities dropped dramatically in 2008, 2001, 1987, etc.” he told MarketWatch. “In all those previous cases, investors were able to take advantage of gold’s liquidity to meet margin calls, and the gold price quickly recovered within days [or] weeks. That is what I am expecting to recur this time around.”