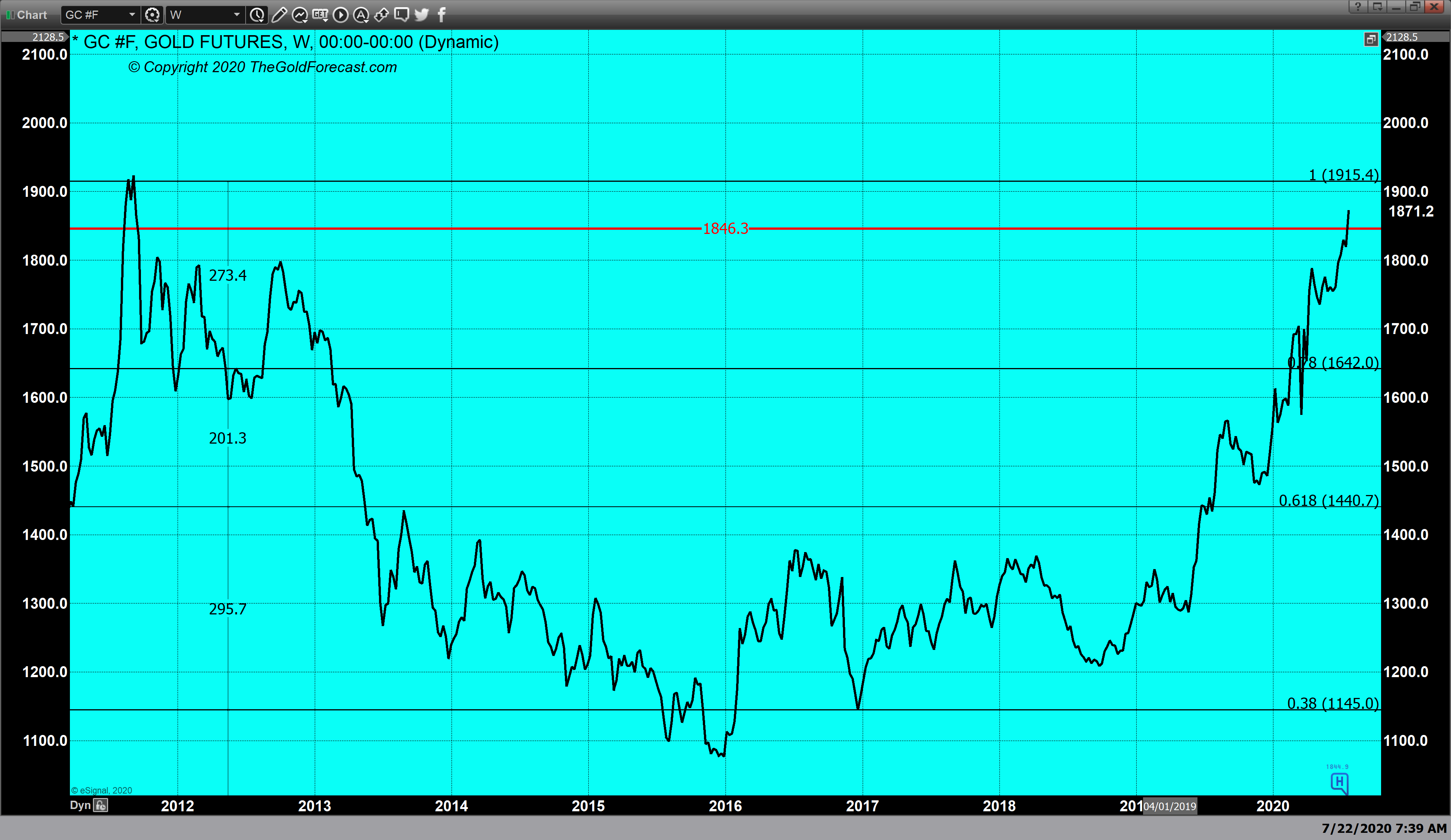 Gold and silver continue to move higher, faster, than forecasted by analysts

It was another day in which the precious metals ran strongly to higher pricing. Initially both gold and silver spiked strongly in mid-March when the coronavirus epidemic grew into a global pandemic. Gold gained almost $300 as it traded from $1450 to $1788. The accelerated moves to higher pricing are based upon new fundamental events unfolding during the pandemic causing market participants to not only react to central banks flooding liquidity to reignite their contracting economies. The monetary policy of quantitative easing always results in a devaluation of the currency specific to that central-bank.

The recent acceleration of higher gold and silver prices are tied to heightened tensions which have escalated to a new level between the United States and China. China reported today that the U.S. had ordered it to close its Houston consulate, magnifying the existing tension between our two superpowers. China labeled the action by the United States as an “unprecedented escalation by the U.S.” this led China to threaten and retaliate if the decision isn’t reversed.

The recent breakdown and stalemate between China in the United States adds fuel to the fire created from the massive U.S. fiscal stimulus, as well the Federal Reserve maintaining a monetary policy that is very accommodative. The actions by the Federal Reserve have the potential to devalue the U.S. dollar, which is exactly what we have seen.

According to MarketWatch, Boris Schlossberg, managing director of FX Strategy for BK Asset Management said, “Gold attracts flows when real interest rates compress and when political tensions rise, so the current market regime is a perfect recipe for a move higher over the intermediate term horizon.”

It is clear to many analysts including myself that gold and silver have rallied based on two primary reasons; U.S. dollar weakness and extremely bullish sentiment by traders and market participants.

Jeroen Blokland, senior portfolio manager at Robeco Asset Management believes that, “It seems the precious metal has been caught up in the perfect storm. Much of what’s driving silver also is driving gold — aggressive monetary policy financing of fiscal spending, which limits the ability of bond yields to rise. That is sending inflation-adjusted, or real, yields lower, which tends to boost precious metals.”

Unquestionably as long as central banks continue along the path of extremely accommodative monetary policies, they will devalue the currency of their country. However not since the end of World War II have so many central banks devalued their currencies through a process of quantitative easing. These actions can only have one outcome in regards to gold and silver pricing, and that is that they will continue to gain value, and traders will continue to fuel the demand for the safe haven asset grow substantially.

Wishing you as always good trading and good health,

By Gary Wagner
Contributing to kitco.com