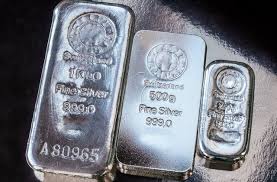 Domestic Silver gained 20% in 2019. Will the momentum continue?

Silver has caught up with Gold’s momentum and ended the previous year by gaining more than 20 percent. Prices of the precious white metal in the domestic market jumped to a six-year high due to robust overseas prices and weak Indian rupee.

The commodity has been under pressure for the past few years due to lacklustre industrial demand and bearish sentiments in the entire metal complex.

However, weak global economic outlook and increased geopolitical instability ignited the safe-haven demand of the commodity in 2019.

Low-interest rates, steady Dollar, Brexit tensions and limited mine supply are the other factors that boosted the commodity. At the same time, domestic silver got an additional boost due to the feeble Indian currency.

Policy easing measures taken by various Central banks added to the metal’s strength. US Federal Reserve (Fed) cut its rates two times in 2019 to prop up their economy from the trade war fallout.

Both gold and silver are highly sensitive to interest rate cuts as they lift the opportunity cost of holding non-yielding metals such as bullion.

Brexit uncertainties that have continued for the last three-and-half years raised worries over the growth of the region.

Tensions in the Middle East and the Korean peninsula also raised concerns on a fresh bout of hostility between countries and this has lifted the metal’s safe-haven appeal.

Military operations in northern Syria by Turkey and protests in Hong Kong further dialled back risk appetite in favour of safe-haven assets.

Supply shortage and increased physical and investment demand supported the price. As per data from the Silver Institute, global silver jewellery demand has increased by 4 percent in 2018 while the mine production fell by 2 percent.

As a safe haven investment option, silver-backed ETFs have become attractive for investors. This is due to the low cost compared to other precious metals like gold and the better risk-reward ratio the metal offers.

Looking ahead, the biggest driver of silver prices for the current year will be the industrial and investment demand.

If weak global economic sentiments continue, it will support the metal’s haven demand. However, improved economic optimism can lift the industrial demand of the metal as well.

Fed is unlikely to raise rates in the first half of 2020 and that may keep a cap on the US Dollar. A weak Dollar usually lifts the sentiments of precious commodities.

Mine production is the other key price driver of the commodity. For the last few years, silver production has been on the lower side and the trend is expected to continue in the current year as well.

At the same time, demand from the Indian jewellery sector is likely to be higher as buyers prefer to buy silver as a substitute for gold, which is currently at record highs.

Meanwhile, the performance of Indian Rupee will be critical for domestic silver prices. A weak Rupee will put an additional burden on customers as currency weakness lifts the landed cost of the commodity in the country.

On the price front, MCX rates are likely to be congested inside Rs 43,000-49,000 per kg levels initially, breaking any of the sides would suggest a fresh direction to the commodity. In the international market, $20 will be an important upside obstacle and $14 may act as major support.

The author is Head Commodity Research at Geojit Financial Services