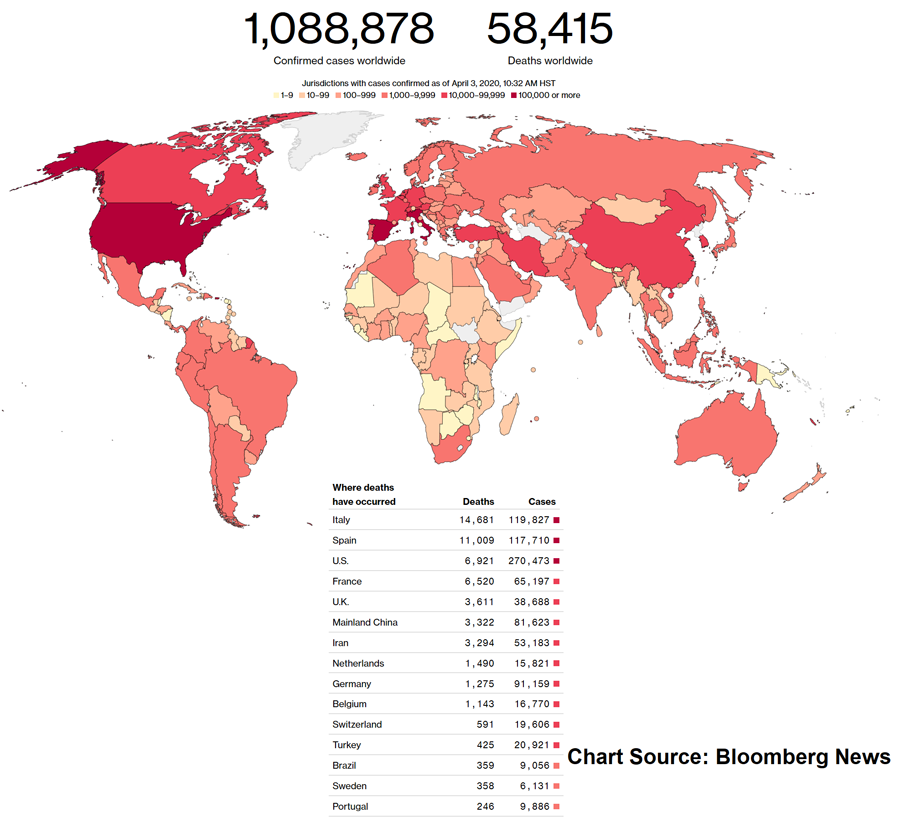 The long-awaited U.S. labor department’s jobs report was released today indicating that employment in the United States declined by 701,000 individuals last month. Along with payrolls declining by over 700,000 which was 600,000 above the estimate provided by economists which predicted 100,000 jobs would be lost last month, the jobless rate rose to 4.4%. The last time the unemployment rate was as high was back in 2017.

The numbers released is not what market participants fear the most it’s the fact that these numbers are expected to jump even higher next month. According to Bloomberg economics they believe that the rate will rise to 15%, they also reported that James Bullard the president of the Federal Bank of St. Louis said that this number might be as high as 30% this quarter. Bloomberg economics also reported that the reason for the anticipated dramatic rise is that the numbers presented today all our already outdated because they reference a. Based on the 12th of the month which didn’t include nearly 10 million people who have filed for unemployment benefits in the last two weeks alone.

In other words, today’s numbers provided by the Labor Department are simply the tip of the iceberg. The coronavirus has affected economies across the entire globe and every industry, until a vaccine is created or the number of new cases begins to decline, we can expect this scenario to only magnify to a larger scale.

The number of cases of individuals who have contracted the coronavirus has now exceeded 1 million globally. The death toll has also risen to over 53,000 people worldwide, with 211,000 recovering from the most devastating pandemic crisis of recent history. Recent data now confirms that 245,000 individuals have contracted the disease in the United States, this according to Johns Hopkins University. The University draws its information from a combination of data sources such as the World Health Organization, governments and media.

As of 5:30 PM EST gold futures basis the most active June Comex contract is currently up $11.10 and fixed at $1648.80. This while the other precious metals (platinum, palladium and silver) are trading lower on the day. The other precious metals are heavily used in industry and therefore affected by the recent major correction in U.S. equities. We can expect gold to continue to rise if this current pandemic continues to devastate economies globally.

Wishing you as always good trading,