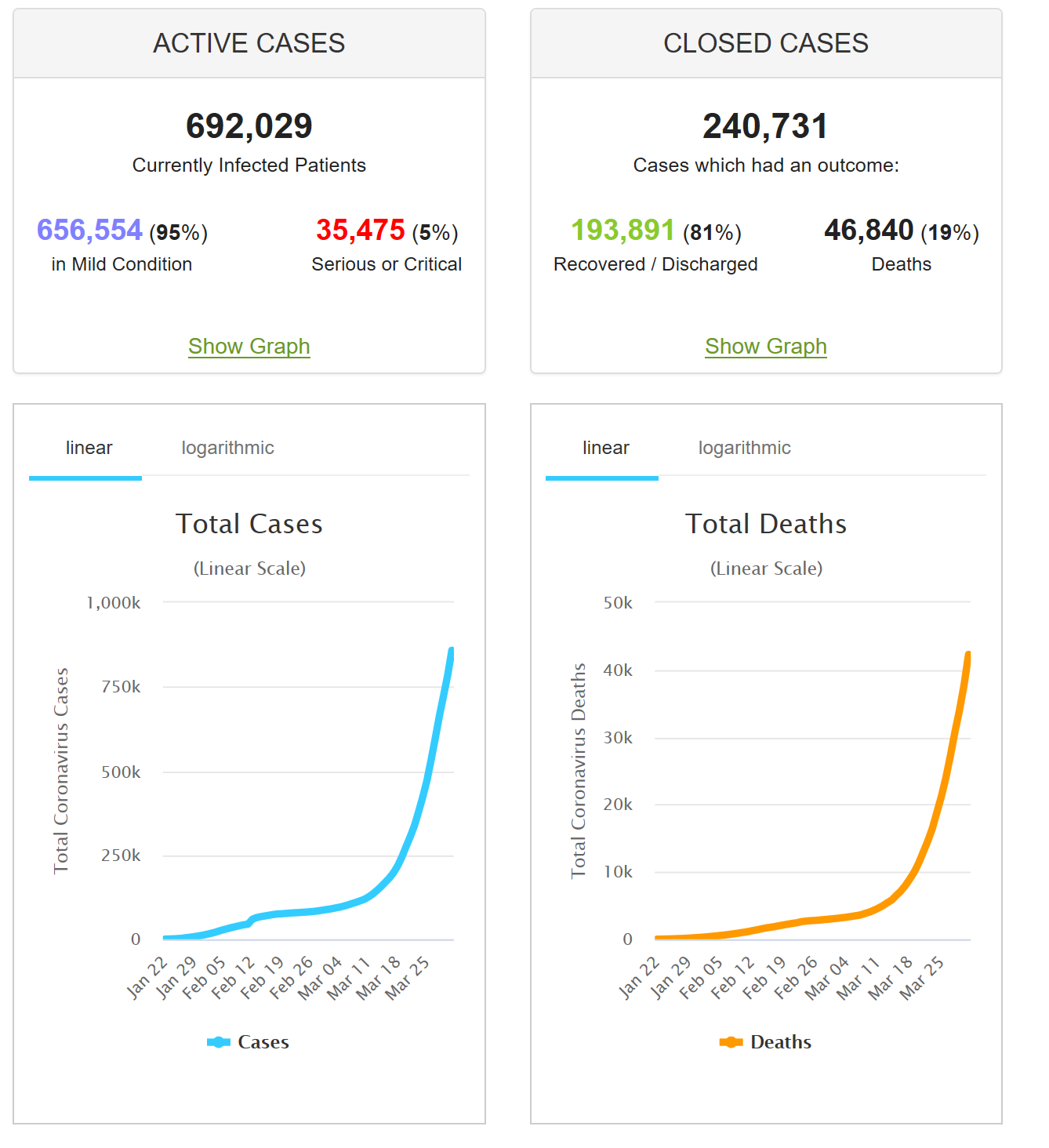 Within the extreme carnage in the U.S. equities markets, both gold futures and spot pricing remained in an upswing. Although any rise within both of those precious metals were tepid at best and also affected by a stronger U.S. dollar that gained value since hitting it’s low on Friday. After the U.S. dollar traded to a high of above 103 on the dollar index it had five consecutive days in which it traded lower, with Friday containing the lowest low since the week of March 9th when it traded at approximately 95 on the index.

Now that the first quarter of 2020 has completed, economic analysts have revealed that both the Dow Jones industrial average as well as the Standard & Poor’s 500 had their worst quarter in history. The common belief now is that market participants believe that the breath and scope of the current COVID-19 will get much worse and affect more global citizens than it already has.

The fact of the matter is that most countries are in essence maintaining a lockdown and a practice of social distance as the majority of venues such as restaurants, bars, concerts and movies have either been temporary halted or in the case of restaurants only serve food to be taken out. Although global measures have been taken to slow down the decline of this virus as it spreads throughout the world the pandemic to grow in terms of reported cases and reported deaths. According to the website worldometers.info/coronavirus, to date there have been 932,760 confirmed cases of the contagious disease worldwide, however of those reported cases 656,554, or 95% of the cases are considered in mild condition, and 5% are considered in serious or critical condition. The number of deaths has now risen to 46,840. The site also contains information on recovered individuals from the virus and puts that number at 193,891. This breaks down to closed cases of 240,731 and active cases at 692,029.

One component of the numbers of contracted cases is that the United States has moved into the uncharted position of number one, with the total cases reported in the United States now at 212,980. The death toll on the US has now grown to 24,450. There are only two countries that have reported more total new deaths than the United States which is Italy reporting 727 new deaths today, and Spain reporting that an additional 923 people have died in their country due to contracting the virus.

While this terrible pandemic which has spread worldwide at this point continues to put pressure on US and global equities, we have not seen a similar negative correlation with gold pricing. While it is true the both gold and silver have risen last month, with gold actually testing and breaking $1700 per ounce, and challenging that elusive price point on three occasions. On a technical basis our studies indicate that during this morning’s New York futures trading hours gold opened and closed below its 50-day moving average. However, that changed once trading began in Australia this morning and currently June 2020 gold futures are fixed at $1606.50 which is a net increase of $15.10 on this day. The data cited in this report on global equities, the precious metals, and most importantly the continuing growth of the COVID-19 continuing to spread. This suggests that until a vaccine is created which could take as long as 12 to 18 months, we could see a continuing of pressure on U.S. equities and safe haven assets such as gold move back into a solid rally mode.

Wishing you as always good trading,