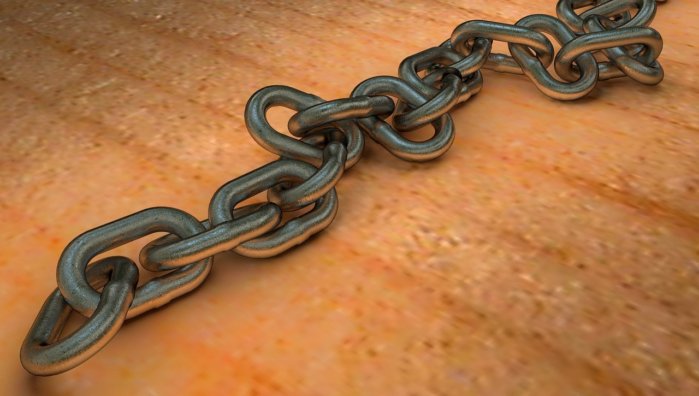 Technophobic thrillers in popular media are always trying to convince us hackers are just a few malicious keystrokes away from crashing the world economy. And while doing such a thing is more complicated than just “deleting all the money,” one could certainly do a great deal of damage by changing what a computer thinks is true.

Wouldn’t it be great if there were software that could guarantee which data was and was not correct, backed up by the most powerful computer processors available? I give you blockchain, which more and more fiscal institutions are using to protect their data, backed up by the undeniable power of mainframes.

Blockchain first entered the public’s (OK, the techie public’s) awareness in the orbit of Bitcoin, as a means of securing that controversial digital currency’s code against someone who decided to break into the right server and add a couple zeroes to their account. But Bitcoin haters need not close this tab in disgust just yet, as blockchain has come into its own as a reliable security measure for more than just black market storefronts.

This powerful software has emerged from its point of origin to be the toast of the online security community, with giants such as HSBC and Bank of America looking to leverage blockchain to keep their data safe. Fortune predicts 15 percent of banks will use blockchain by the end of 2017, growing to 66 percent in four years.

What blockchain does is link every step of a transaction together into a discrete, secure “block,” with each step visible to each stakeholder. Each stakeholder must receive permission from every other stakeholder involved in each step to change anything about that step in the “chain” (see what they did there?) that forms the total process. Any attempt to make a change without all relevant permissions is flagged and negated. That’s not to say it’s impossible for a malcontent to forget every one of those permissions—any security expert will tell you no system is foolproof—but cracking a system with lots of steps and complexity is sure to discourage all but the most determined invaders.

A Blockchain is especially useful and safe for financial institutions because it creates a single ledger of all transactions and interactions rather than relying on cumbersome reconciliations between widespread systems to stay up to date. These reconciliations are a bank fraudster’s best friend, as criminals rely on the time between a fraudulent transaction going through and the system reconciling the discrepancy to get away scot free. This also makes precise, real-time visibility possible for data analytics, which is the driving force of market research in pretty much every field, finance perhaps most of all.

This is where big iron comes in. Not only are mainframes powerful enough to house a blockchain process, but they’re also fast enough to perform all the necessary checks to maintain blockchain’s level of security and perform all the stakeholders’ required analytics. Multiply that power by a whole bank of mainframes, like what most fiscal institutions use, and you’re putting up a big iron wall to stymie any online attackers. Blockchain sets in place which online information is true and mainframes make sure the truth is written in stone.