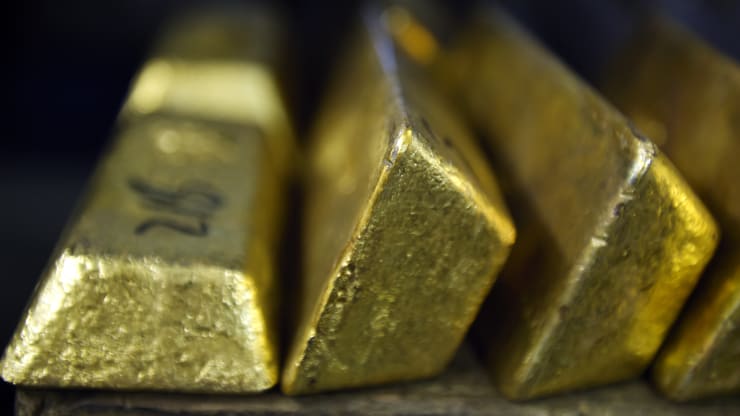 $9,000 gold and triple-digit silver prices will come, but do this first – Midas Touch Consulting

Long-term, investors can expect gold prices to climb multiple times its current value, and silver prices to rally into the triple digits, but they should not count on the precious metals to break out in the short-term.

In , a correction is due and investors should take this as a buying opportunity, said Florian Grummes, managing director of Midas Touch Consulting

“It looks like [gold will get] a consolidation on the higher levels, with one nasty, little pullback where all the weak hands are shaken off and then the next wave up towards $1,800 and then the all-time highs of $1,920,” Grummes told Kitco News. “Once gold sustainability takes out the all-time high of $1,920, it can run easily a few hundred dollars further.”

In the next five to ten years, gold prices could climb to $8,000 to $9,000, with silver following suit in this bull-run, due to the similar macroeconomic environment that we currently share with that of the 1970’s, when gold prices climbed several hundred percentage points, Grummes noted.

What makes our situation similar to the economic landscape of the 1970’s is the potential for stagflation to set in, Grummes noted.

Silver’s outlook is equally positive on a long-term basis, and investors should not worry too much about the entry point if their time horizon is sufficiently long.

“Silver has huge upside potential. It’s extremely undervalued in comparison to gold. It’s a very cheap inflation hedge. I think at some point over the next few years silver will run up against the $50 level again,” he said. “There will be another breakthrough over the next two to five years and once that happens, I think silver is off to three-digit numbers.”

On bitcoin, Grummes said that the largest cryptocurrency is like the digital version of gold in its hedge properties, and should be owned in the same portfolio as the yellow metal.